Individuals who were harmed by OxyContin, Dilaudid and nine other Purdue Pharma opioids have until June 30, 2020, to file a personal injury claim seeking relief. This includes those who say they overdosed, lost wages or had a child that developed conditions such as spina bifida or learning disabilities because they were exposed to opioids in the womb, and went through withdrawal. The deadline also applies to those who are filing claims on behalf of minors or those who died as a result of the drugs.

Additionally, state and local governments and hospitals have until June 30 to file a claim, seeking relief to help them pay for the nation’s opioid crisis. The crisis resulted in a loss of nearly 218,000 lives from 1999 to 2017, according to the Centers for Disease Control.

The payouts are part of Purdue’s bankruptcy filing, and it is unsure how much money might be at stake, according to the Associated Press. A final settlement and restructuring deal is not yet in place for the company; it filed for reorganization under Chapter 11 bankruptcy on Sept. 15, 2019.

The reorganization is part of a deal Purdue agreed to on principle. It reached the agreement with 24 state attorneys general, officials from five US territories and others involved in multidistrict litigation. The drugmaker reportedly cited the pressure of thousands of lawsuits filed against it as the reason for reorganization.

As part of the agreement, owners of Purdue would contribute their assets to a trust or other entity created to benefit claimants. Included in the settlement is an offer of $3 billion from Purdue’s owners, the Sackler family; this reportedly is part of their personal fortune.

NPR reports that the Sacklers withdrew billions from the company since the beginning of 2008, after Purdue executives pled guilty to misleading consumers and regulators about OxyContin’s risks.

Another part of the Sept. 15 agreement was that Purdue would create a new company governed by those selected by claimants and approved by the bankruptcy court. The new company would potentially contribute tens of millions of doses of opioid overdose reversal and addiction treatment medications to those affected by opioids at no or low cost.

Purdue would also be bound permanently by injunctive relief, including marketing restrictions on the marketing and sale of opioids.

Drugmaker says it will benefit the public with overdose reversal medication

In a statement announcing the agreement, Purdue said it would use its “technical know-how” and experience in making medicines to benefit the American public. It said it has received FDA fast-track designation for nalmefene hydrochloride, a treatment that could reverse overdoses from synthetic opioids such as fentanyl.

Purdue said the reorganized company could also continue supporting the development of an over-the-counter nasal naloxone product, and provide millions of doses of these medicines at no- or low-cost to communities around the country.

“It is hoped that this will dramatically increase access to this life-saving opioid overdose reversal medication, one of the FDA’s top public health priorities,” Purdue said in the news release.

Steve Miller, chairman of Purdue’s Board of Directors, said the framework that is part of the Sept. 15 agreement “will dedicate all of the assets and resources of Purdue for the benefit of the American public.” 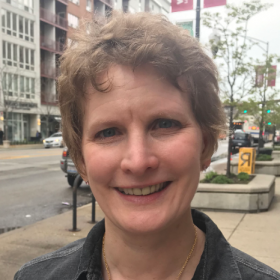