Ranitidine, most commonly known by its brand name Zantac, is sold by the drug company Sanofi. Zantac has been prescribed by health care professionals since the FDA approved it in 1983 for the treatment of gastroesophageal reflux disease, heartburn, and ulcers. It is also available in generic form.

By 1988, Zantac had become the world’s best-selling drug. Zantac belongs to the histamine 2 blocker drug class, called H2 blockers. They work by competitively binding to receptors on the surface of the stomach that release acid. Therefore, they help prevent the secretion of acid.

While the drug has been used by many to prevent acid reflux, it has also been linked to cancer.

Sanofi has placed a voluntary recall on Zantac in the US and Canada while the drug’s active ingredients are further tested. Meanwhile, other manufacturers have recently voluntarily recalled ranitidine because their tablets showed levels of N-nitrosodimethylamine, or NDMA, above the acceptable daily level.

The FDA has called NDMA a probable human carcinogen. NDMA is an organic chemical that was previously used to produce liquid rocket fuel, additives for lubricants and softeners. NDMA is also a byproduct of chlorination of drinking water at treatment plants. The contamination of NDMA can be found in air, soil, and water.

Drug’s link to cancer is a tough tablet to swallow

On Sept.13, 2019, the FDA published an announcement explaining that while NDMA may cause harm in large amounts, the levels found in preliminary testing barely exceeded the amount found in common foods.

At the same time, a class-action lawsuit was filed in California stating that drug manufacturers had not disclosed to consumers that there were high levels of NDMA in Zantac. Multiple lawsuits have been filed that allege that Zantac concealed the cancer link; countless people who used Zantac have been diagnosed with various cancers.

Various types of cancer are thought to be linked to NDMA exposure, including those of the liver, kidney, pancreas, gastrointestinal tract and blood.

On Jan. 8, 2020, the FDA published an update informing of voluntary ranitidine recalls by the drugmakers Appo Pharma and Northwind Pharmaceuticals, as mentioned above. The FDA has advised companies to recall ranitidine if NDMA levels are above the acceptable daily intake of 96 nanograms per day or 0.32 parts per million. The governmental agencies also urged the companies to perform their own testing.

Other testing companies, including Valisure, an online pharmacy that regularly tests drugs, found significantly high levels of NDMA in ranitidine in what it tested.

“There is no acceptable cancer risk for a drug like this,”

As a result, top-ranked cancer centers, such as Memorial Sloan Kettering have stopped offering Zantac and its generic to patients. The medication has also been pulled off the shelves at pharmacies across the US

Meanwhile, the FDA posted lab results from testing it did of ranitidine tablets and said the levels it found are similar to those you would expect to be exposed to if you ate common foods like grilled or smoked meats.

For those taking Zantac or a generic form of the drug, it is a great idea to talk with a health care provider about these concerns and to discuss switching to a different medication. There may be other treatment options for you. 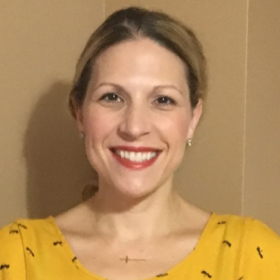